Welcome to NorthernYouth.ca | Northern Youth is a project on Tides Canada's Shared Platform 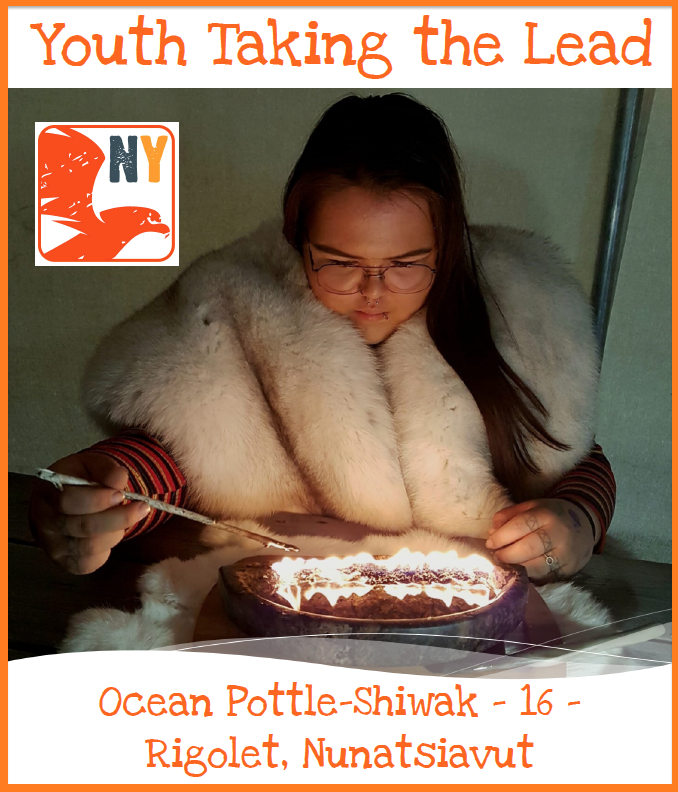 Ocean Pottle-Shiwak is 16 years old and lives in Rigolet, Nunatsiavut. Here’s how she’s taking the lead:

“I’m taking a leadership role in my community by being involved and prominent in the groups offered here. I am the president of our school’s Gender and Sexuality Alliance (GSA) and Sergeant of the Junior Canadian Ranger patrol here in Rigolet. By being so involved, it recruits people to do the same. One thing that I learned from taking a leadership role is that people express their leadership capabilities in many different ways. This has taught me to be more understanding and observant of others. I think it’s important to get out on the land because some of the things that Inuit practiced a long time ago are being lost with time. People are focussing more on social media and worried about missing out on unimportant things. The culture needs to be practiced in order for it to be passed on. I think one thing I’d say to northern youth is to be more involved, get out of your community, but don’t forget where you came from.”